PETSinc is proud to offer affordable community
veterinary services for all pet owners.

Dr. Deborah Murphy is our full-time veterinarian at PETSinc. Her passion for community and shelter medicine makes her a perfect match to support the mission of PETSinc.

With a calm and compassionate demeanor, Dr. Murphy endeavors to give every animal and human the attention and support they deserve. As a Fear-Free Certified Professional, she strives to make clinic visits and shelter stays a positive experience for all animals in her care. She holds memberships in the Association of Shelter Veterinarians and numerous organizations related to animal welfare and the human-animal bond.

Dr. Murphy, her husband, and their two cats are excited to call Columbia their new home. Originally from Nebraska, she lived in Florida with her family for many years working in the scientific field prior to pursuing her childhood dream of a career in veterinary medicine. 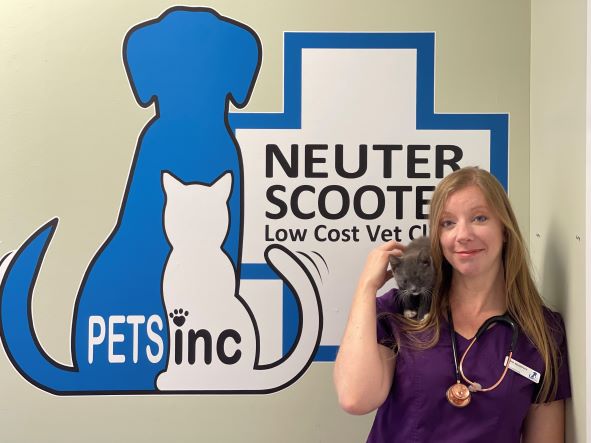 Dr. Robby Chappell is one of the most caring vets you will ever meet. Compassion for animals was modeled in his family, so it was not unusual he chose veterinary medicine as his path.

After returning home to Rock Hill, Dr. Robby began practicing with his uncle, John Henry Chappell, III, DVM. Later, he opened his own practice, Carolina Place Animal Hospital in Fort Mill, SC, as well as a CPAH Richburg branch in 2007. In 2017, Dr. Robby joined the veterinary staff of PETSinc, providing services at our clinic three days a week. A year later, he also took on a leadership role as vice president of our 501(c)3 organization. 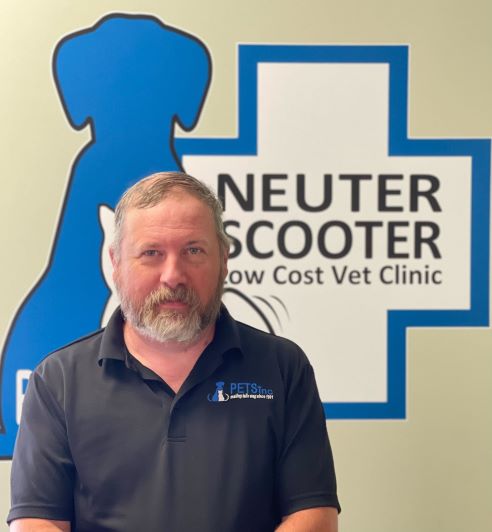 Dr. Robby is well-known for his orthopedic surgery expertise. Through this skillset, he has helped a number of severely injured, “hopeless cases” dogs and cats who have come to PETSinc by giving them a new lease on life. They are all now enjoying their happily furever afters in their new homes… all thanks to Dr. Robby!!!

Sign up for our monthly newsletter to hear the latest success stories, veterinary updates, and hear about our available pets.

If we work together, there is power in our community to create change. JOIN US!